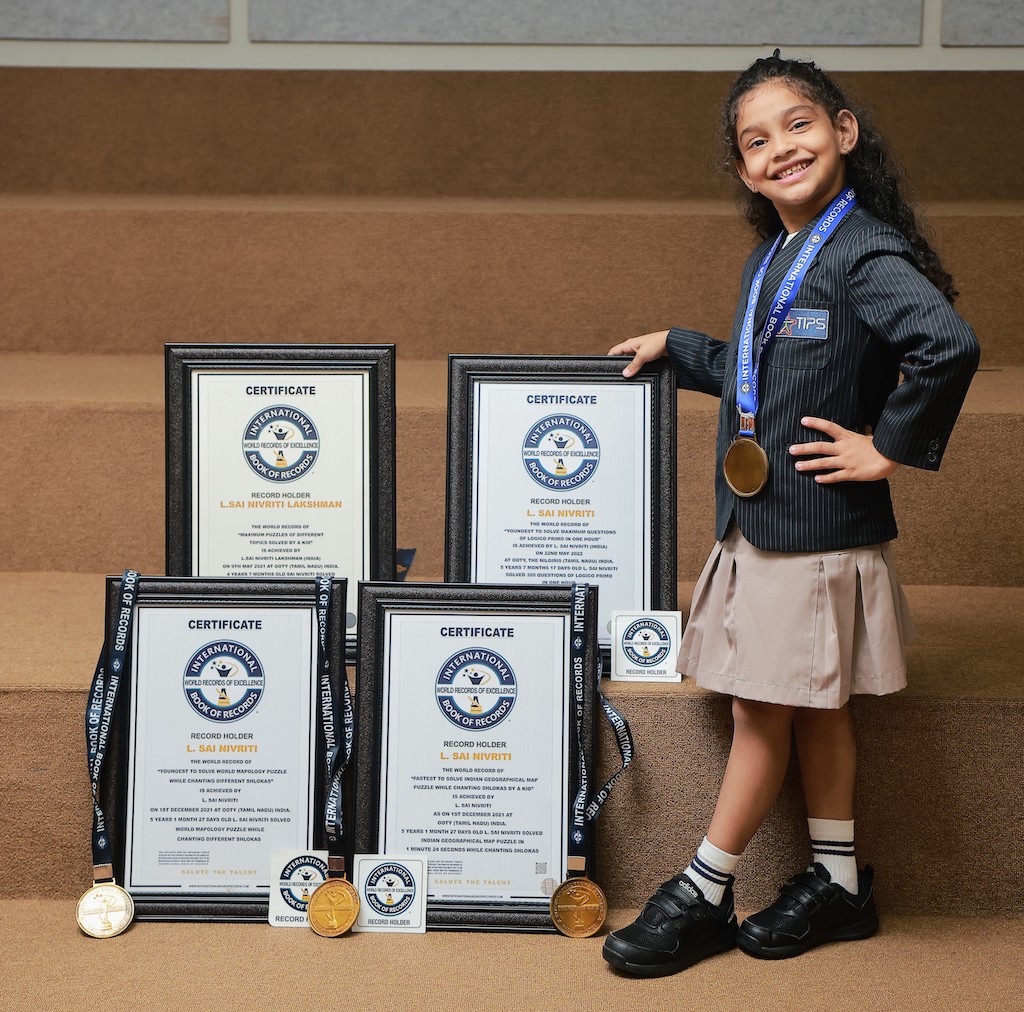 Sai Nivriti a KG 2 Student at The Indian Public School (TIPS) Tatabad Coimbatore, became an International Multi- World Record holder for solving 300 logical Reasoning question in an hour, and for solving India Map Puzzle (1 minute 24 second) based on the out line of the states and World Map Puzzle in 5 minutes, while simultaneously chanting 20 plus shlokas and set a  new world Record. Previously at the age of 4 , she has set one more new record for solving most number of Puzzles on different themes.

She was awarded the title GRAND MASTER in Asia Book of World Record, and in Indian Book of Records (IBR) for solving 200 logical Reasoning questions in 30mins and 3- Appreciation certificates  for solving puzzles. She is the only one from Ooty to receive a certificate for. COVID awareness video from IBR. She has also bagged 2 silver medals from Rabba Media International Talent Hunt for solving Puzzles and identifying countries on the Globe. Her achievements have been honoured in Abdul Kalam Book of Records too.